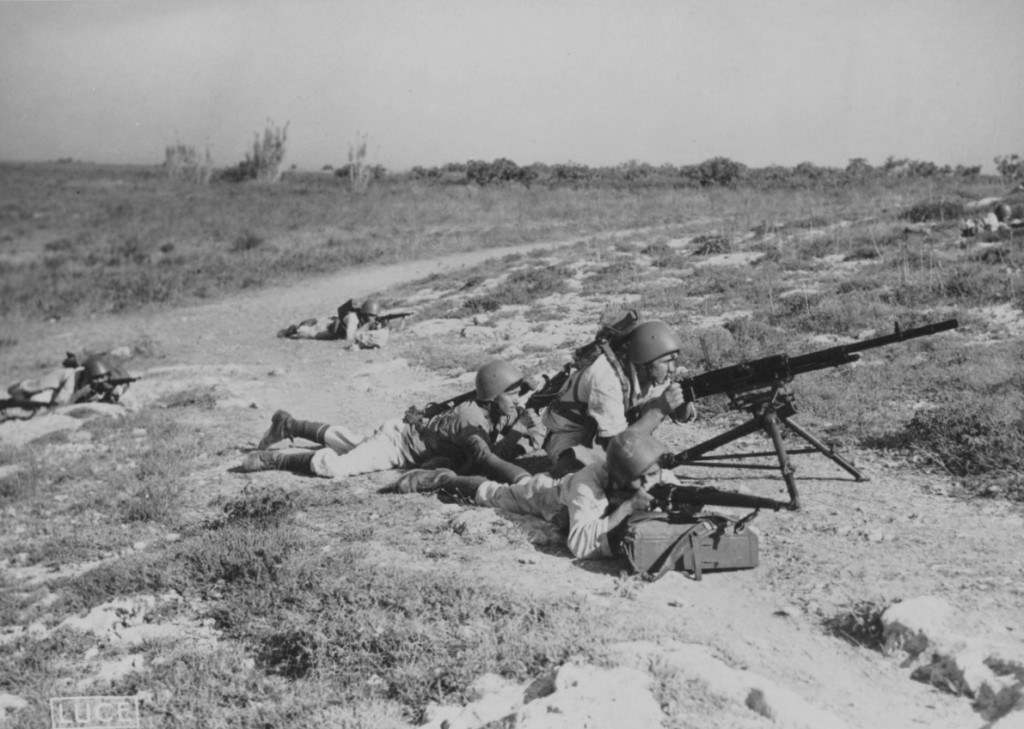 Italian marines at Sitia, on the east end of Crete, armed with M38 Carcano rifles and an M37 Breda heavy machine gun.

Apologies; we have a pretty brief post today. I’ve been moving into a new house and things got a bit hectic. At any rate, I did happen to notice this photo from Max Popenker of […]

Today we are looking at a uniquely Ethiopian carbine, a hybrid M90/95 Mannlicher. It began life as an Austrian-issue M90 carbine proofed in 1892. It served through World War One, and was probably given to […]

The Cei Rigotti is a fascinating early Italian self-loading rifle design that was tested in several countries, but never adopted or put into production. I had a chance to disassemble one at the British REME […]