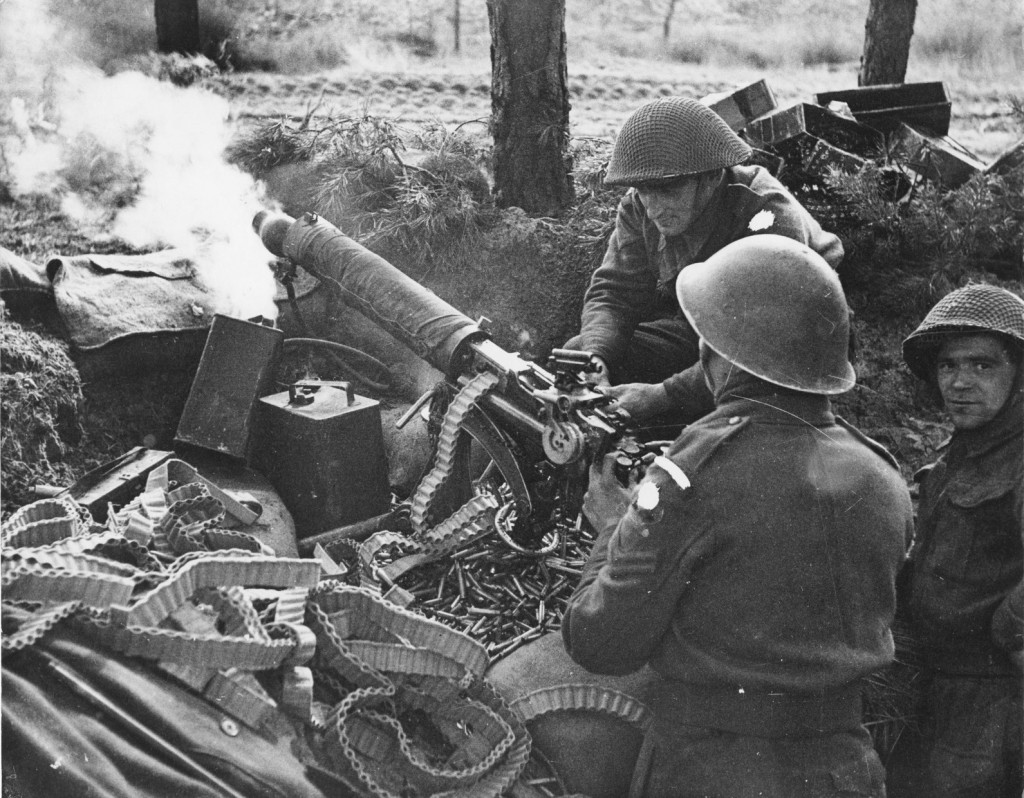 British troops in the Netherlands (Overloon, specifically) using a Vickers for indirect fire. In addition to the copious empty brass, belts, ammo boxes, and spare condensing can, note the angle of the dial sight relative to the gun…

Snabb was a Swedish company created to market a system for converting bolt action rifles into semiautomatic rifles. The system was patented in the US in 1938, making this one of the very last attempts […]

The DeLisle carbine was a conversion of the Lee Enfield to .45 ACP made by the British during World War Two for SOE use. They used modified 1911 magazines to feed, and included a very […]

The Tarn was a 9x19mm pistol developed by a Polish ex=pat designer named Z. de Lubicz Bakanowski. It was a simple blowback design, with a quite heavy slide and recoil spring. It was manufactured by […]