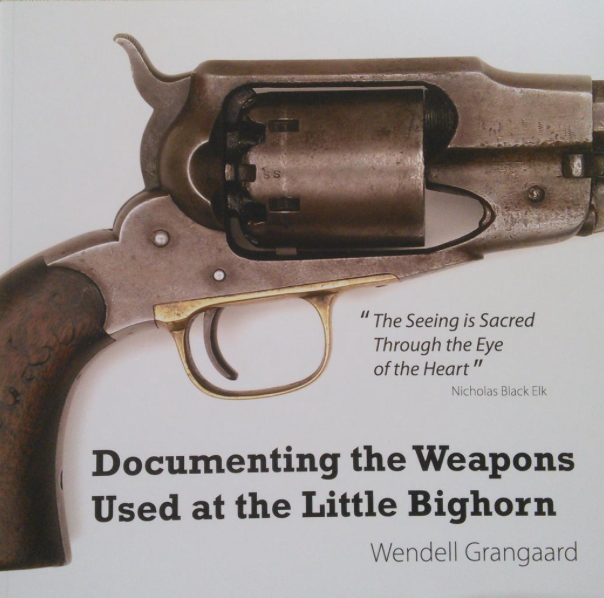 I previously reviewed a book on archaeological study of the Little Bighorn battlefield, which did an excellent and very insightful job of tracing the battle through tangible artifacts, including forensic tracing of different individual weapons across the field. I recently picked up another book on the battle (Little Bighorn to the Americans; Greasy Grass to the Sioux and Cheyenne). This work takes a very different approach to the history: following the stories from the descendants of the combatants who were there that day. The author, Wendell Grangaard, is a 53-year resident of the Dakotas and an avid historian. His work as a construction crew chief in the area put him in contact with many Sioux and Cheyenne, including (instrumentally) Benjamin Black Elk, whom he first met in 1967. Benjamin Black Elk was an iconic Sioux historian, and his father (a cousin of Sitting Bull) had been one of the warriors at the Greasy Grass.

Through Black Elk and others, Grangaard compiled a collection of battle accounts of that fight and the others before and after it. His interest in firearms led him to combine these oral histories with detailed research on the arms carried by both the tribes and the whites at the time. The result, in the form of this book, is a retelling of the battle with a focus on the arms used, and with numerous photos of the specific weapons carried, captured, and lost that day. More importantly, Grangaard’s lifelong friendship with the tribes and interest in their customs has allowed him to present the warriors’ accounts in an objective light, explaining actions like the mutilation of bodies and the use or non-use of captured arms from the battlefield. The Little Bighorn stands out from other battles because Sitting Bull had decreed that the weapons of the fallen whites should not be taken on that day, which made for a substantial dilemma for the warriors. Many took arms anyway, but they often treated them as the property of Wakan Tanka and kept them wrapped up and hidden. Guns captured at the Little Bighorn were rarely discussed or seen in public, unlike arms from other battles, which were treated as rightful and glorious spoils of war.

At any rate, Grangaard has done a fantastic job in this book of presenting the individual battle accounts with the event on the large scale, and allowing us to understand what the day was truly like for the Indian forces there. The book begins with some introductory explanation of Sioux and Cheyenne culture as well as US Cavalry organization. It then moves into brief descriptions of the events that led up to the Battle of the Greasy Grass, including the Fetterman Massacre (the Battle of the Hundred in the Hand) and the Rosebud Battle. Each of the 21 accounts which follow includes a map showing the warrior’s movement through the day, and also what is known of the man’s life after the battle. In more than one case, he is able to trace specific individual firearms from original issue to the Cavalry to their capture on the field and through to surrender on the reservations years later or to present-day ownership. The combination of macro and micro views of the fight from a writer with a nuanced understanding of both sides makes this a fantastic and engrossing read.

The book is not available on Amazon, but can be purchased through Abe Books or directly through the publisher, Mariah Press. Or you can do what I did, and pick up an autographed copy from the gift shop of the Buffalo Bill Center of the West. But however you acquire it, this is an excellent book for anyone who is interested in firearms or the history of the American West – and if you enjoy both subjects, you will find few books more interesting than this one!

Colt 1855 Revolving Rifle at the Range

I recently had a chance to take a .36 caliber Colt Model 1855 revolving rifle our to the range. It was pretty interesting to shoot, but unfortunately the video ended up rather sub-par and I […]

The full title of this recently-published monograph by Leonard Speckin is actually Winchester Model 07 Self-Loading .351 Caliber: Its Past and Its Future with Modern Brass, Bullets and Powders. There is very little modern published […]

F.H. Audley was a saddler who ran a business in New York City starting in the 1870s. As his business in horse tackle declined with the spread of automobiles, he found himself looking for other […]