With the Bergmann No.3 proving to be a popular pistol and commercial success, Bergmann and Louis Schmeisser made another attempt to break into the military market. This was done by adapting the No.3 to use a larger 8mm cartridge. This modification was fairly simple, requiring basically just a new barrel. The 8mm was based on the 6.5mm case, using the same head diameter and virtually identical overall length. This allowed the same boltface to be used, and the same size magazine. One side effect was that the No.4’s cartridge was much less tapered than previous Bergmann cartridges (and not bottlenecked), but this does not appear to have caused any reliability problems.

Only a one or two hundred No.4 Bergmann pistols were made (and they were numbered in the same series as the No.3, making an exact count impossible), as the new cartridge was still too weak to interest military commissions. I have been unable to find bullet weight and velocity specifications on the round, although you can see dimensional specs at Municion.org (and also specs on an even rarer 7.5mm variant). The small production of No.4 pistols makes it a very rare cartridge, and further confuse issues, it appears to have been capable of using the later 8mm Simplex cartridge as well. The original No.4 cartridge used a 22mm long case, while the later Simplex used an 18mm case. When the 8×22 ammunition was no longer produced, it is likely that pistol owners would have switched to using the slightly more available 8×18 cartridges. At any rate, based on the other Bergmann ammo and the size of the 8×22 case, it is a reasonable supposition that the 8mm Bergmann would have been roughly equivalent to the .32 ACP in power.

Beyond these cartridge changes, the No.4 was identical to the No.3 Bergmann. When it became apparent that the design would not meet military requirements, development proceeded on to the No.5 design, which would introduce a locked breech to allow a significantly stronger cartridge.

We have photos of two No.4 pistols, one from James D Julia and one from Horst Held. In addition, I found reference to two others, with serial numbers 2437 and 3125. Note that in both photographed examples here, the barrels are marked “156/14”. As with the similar markings on the No.2 and No.3, I do not know the significance of these numbers. They do seem to make a good way to identify caliber without having to measure the muzzle, though…

Here is the Julia pistol, from the Schroeder collection. This is a late production pistol, and the backstrap of the grip is slotted for a shoulder stock: 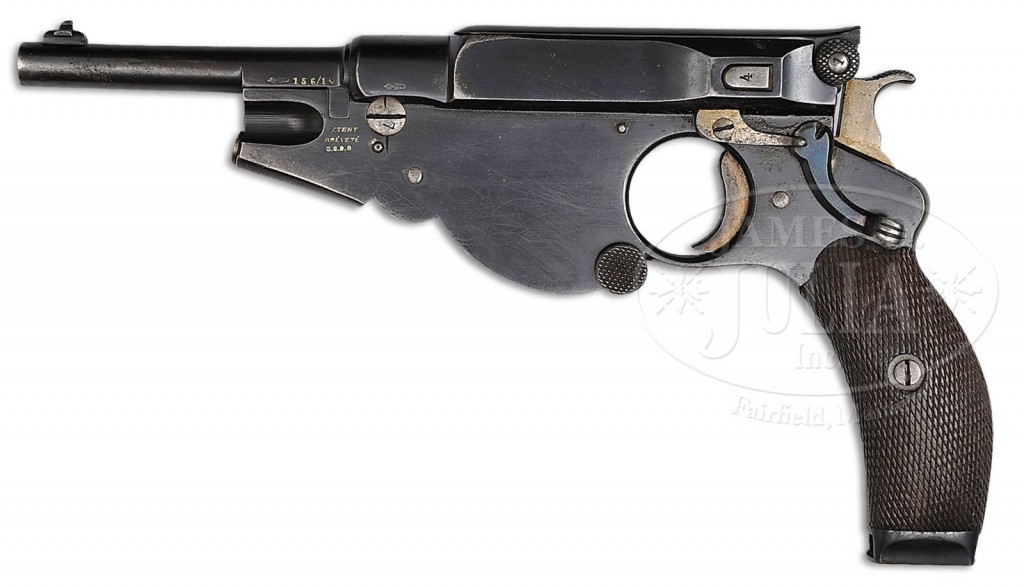 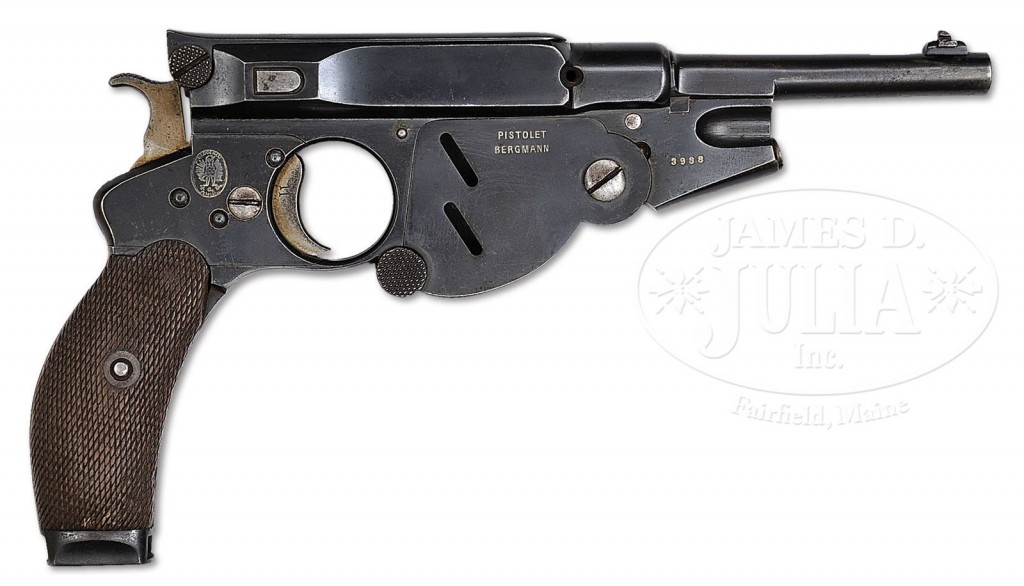 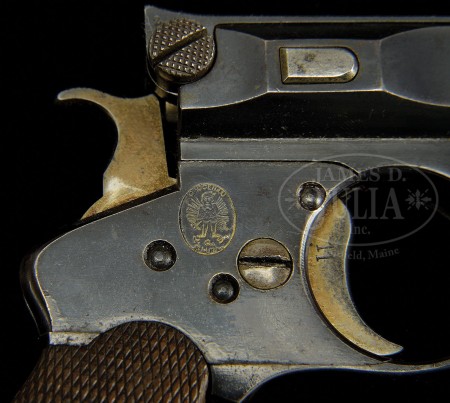 And here is the pistol displayed by Horst Held: 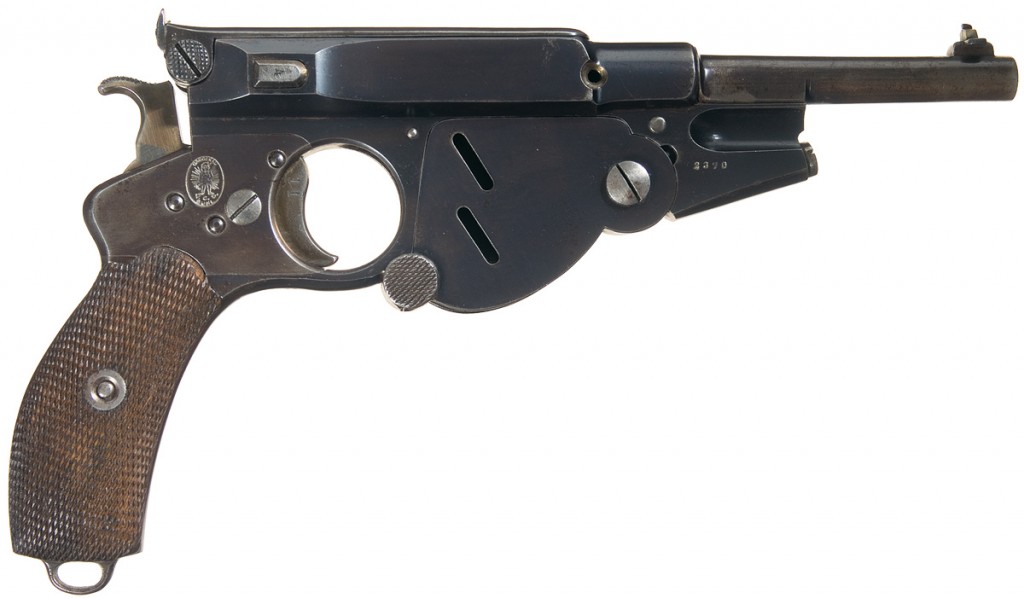 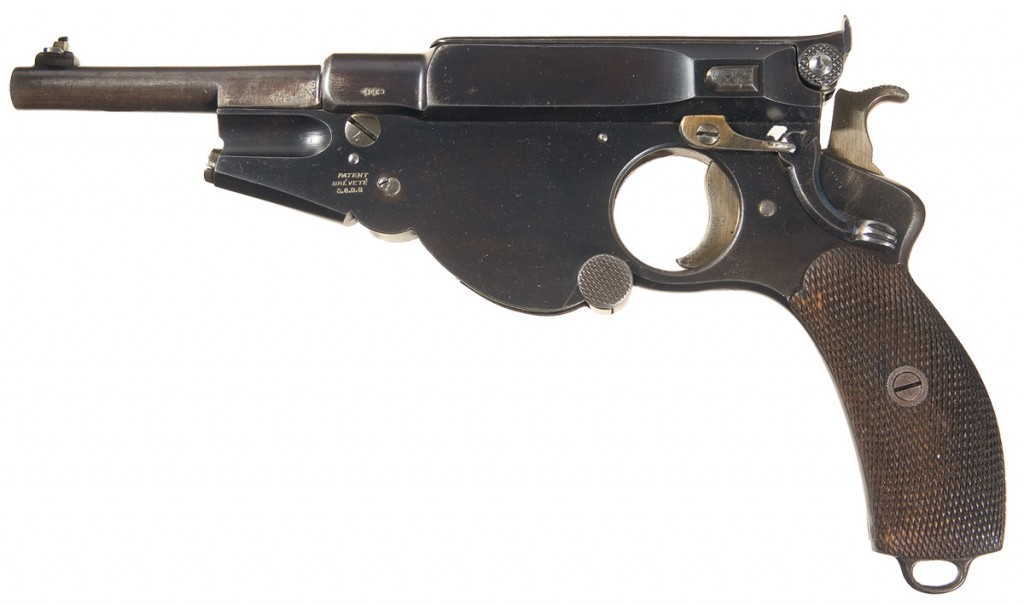 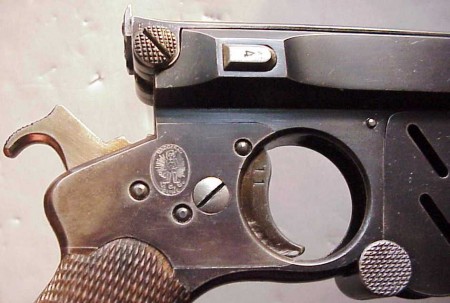 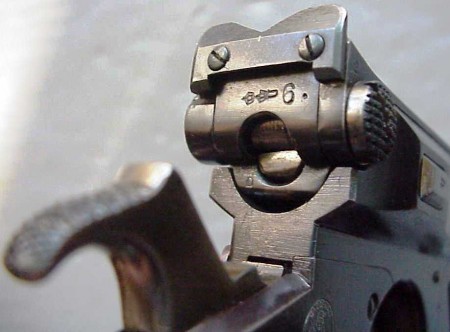 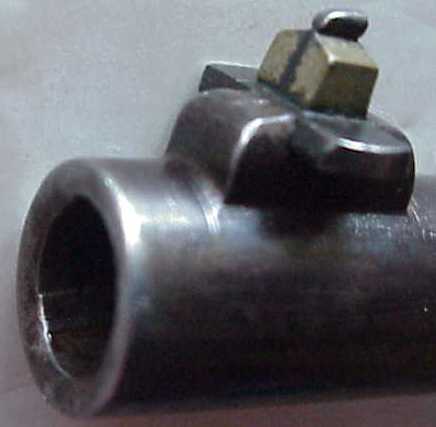 We recently added a much better writeup on the early Mauser semiauto rifle designs, and while searching through some material I realized that we have a copy of an original Mauser Selbstlader manual. The Mauser […]

As someone who is very interested in the practical handling of old firearms, the idea of gun museums leaves me a bit conflicted. On the one hand, I am absolutely in favor of guns being […]

Thorpe EM-1: A Bullpup Take on the Roller Locked Gerat 06

Armament Research Services (ARES) is a specialist technical intelligence consultancy, offering expertise and analysis to a range of government and non-government entities in the arms and munitions field. For detailed photos of the guns in […]