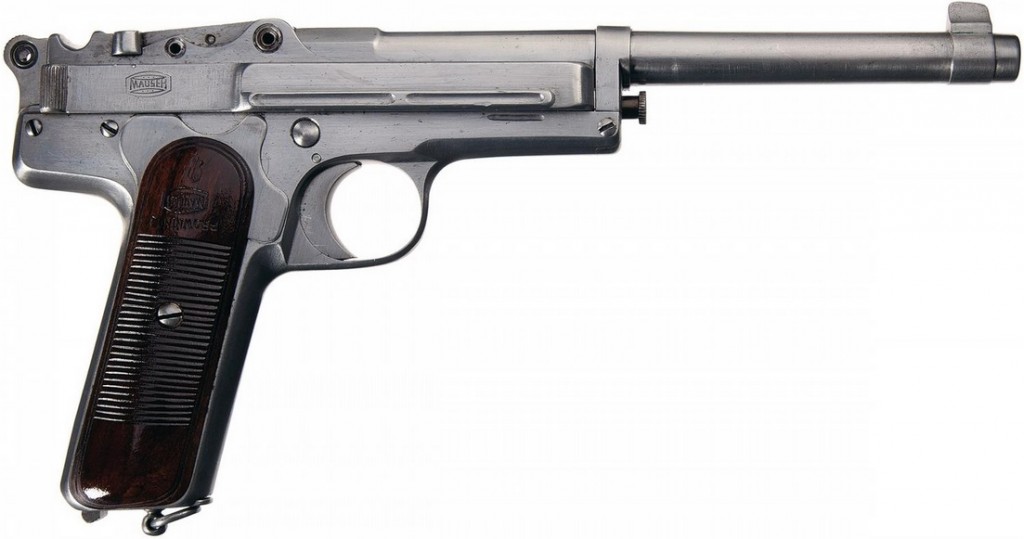 Check out all the different markings! We have Brownings (three of ’em!), Mauser, and a Belgian proof stamp all nestled together, like WWI never happened: 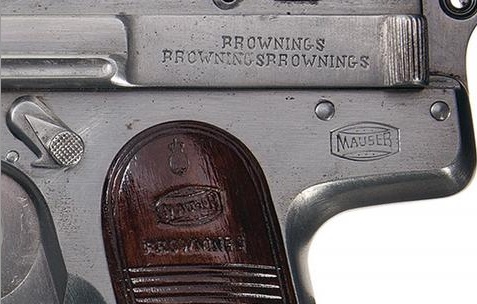 And as it that’s not enough, how about the rear sight leaf?

Holy pictographs, Batman! I think you need to get one of their secret decoder rings to be able to aim it.

Okay, joking aside, I find this sort of thing pretty interesting. I only have these three photos (see below for the full size version of the left-hand view), which unfortunately don’t reveal anything about how the design was supposed to function. The pictures were originally taken by Rock Island Auctions for their May 2011 premier auction, and reader James sent them to me (thanks, James!)

The couple of known data point we do have are a 7 inch barrel length and a bore diameter of 7.6mm (aka .30). Considering what was in use in China between the World Wars, that could suggest 7.63mm Mauser, 7.62mm Tokarev, or .32 ACP. Frankly, I kinda doubt the artificer responsible for this pistol was an expert on the pressure and dimensional differences between the 7.63 Mauser and the 7.62 Tokarev, so we might as well consider them the same for purposes of this gun.

We can see from the top view that the barrel ends at the end of the hexagonal section, and using the distance from that to the muzzle with the known 7 inch measurement, I was able to scale the picture to 100% scale. I then overlaid  100% scale 7.62mm and .32ACP cartridges on the grip, and it seems to me pretty clearly that 7.62mm will not fit (note the magazine catch on the heel of the grip, taking up some of the space otherwise available): 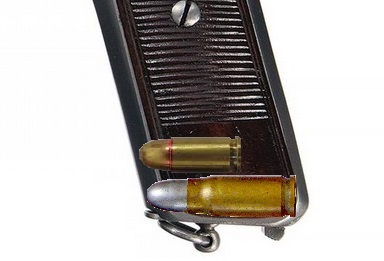 The .32, however, fits just about right. Chinese fighting forces used quite a few pistols in .32 ACP, including copies of Browning with they made with at least 8 inch barrel (source: Bin Shih, “China’s Small Arms of the Second Sino-Japanese War”). While we might consider a long-barreled .32 a counterproductive endeavor, that was not a view necessarily shared by Chinese fighters or gunsmiths of the 1920s and 30s. The magazine capacity is not listed by RIA, but I would guess at 9 rounds plus one in the chamber.

Given the apparently-fixed barrel and relatively weak cartridge, I would further hypothesize that the mechanism is a simply blowback one. That would be simple to make, and perfectly adequate for the design. The hammer is pretty clearly inspired by the C96 Mauser, which is not surprising given their status and popularity at the time. One final guess I would take at the design is that the screw projection at the front of the frame under the barrel probably is the end of the mainspring guide, holding the spring in place so the sling can compress it upon firing.

Other parts, though, still make me think that the builder had never actually tried shooting pistols. Specifically, look at the sights. Even from this basic side view, it looks to me like the front sight an awful lot higher above the bore than the rear sight. To make things worse, the builder seems to have taken artistic license to the ramp under the rear sight, which rises up to the midpoint of the rear leaf, but then drops back down again. Of course, given the sight markings that might not be so much of a hindrance anyway. 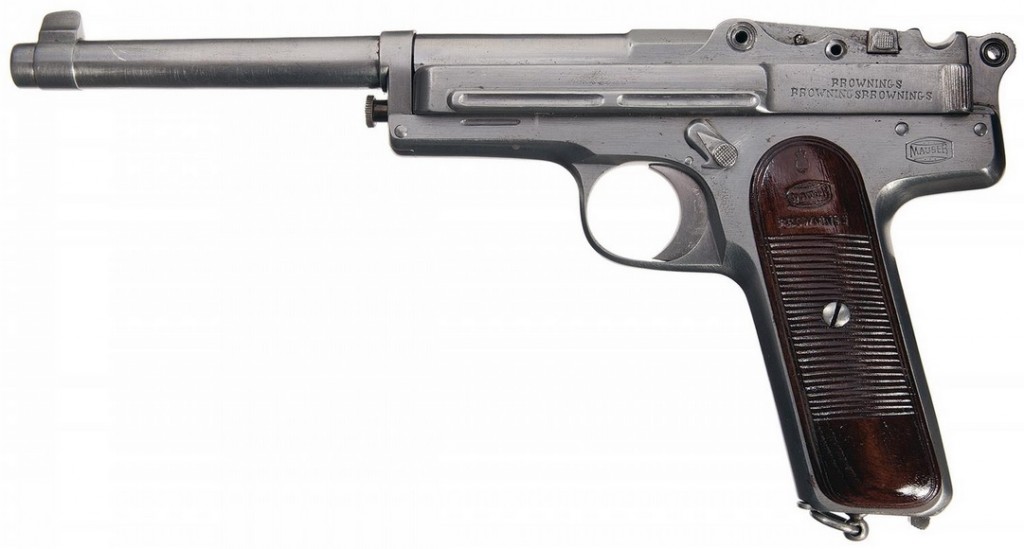 The Coolest Gun You Will See All Day: China’s Type 64 Silenced Pistol

Lot 1487 in the September 2020 RIA Premier auction. The Type 64 is a dedicated suppressed pistol first introduced in 1965 and used in the Vietnam War. It uses a rimless version of the .32 […]

The BAR sure got around, didn’t it? This is a Polish wz.28 Belgian Modele 30 model in China (thanks to Leszek for the correction).