Just wanted to pass along a cool photo and note I got from Rick Smith (the guy making reproduction FG-42 rifles) this morning:

Can’t say how this came about past it was almost last minute and such but with permission I will say the fine folks at HMG stopped by on their way to the Shot Show yesterday. And since I have been watching all the press about what they might be coming out with and having no more knowledge up until that point than anyone else I feel compelled to share! A picture to follow – if it ever makes it from my sons phone…..

First I have to say what a nice bunch of folks that seem to have a very solid grip on a huge project. I did not get to shoot the rifle but from watching them put it together from a bag of parts and handing it to me, and then looking over the stampings and the thought behind how it all goes together I have to say Wow! Actually there is way more than that to say but it will all start coming out after shot without a doubt. I can tell you I am no stg/mp44 expert so when you tell me it is missing this crease or rib etc I will not be able to argue but what I can say is it looks awesome to me – and feels good – feels like what I think feels right. I can say our shop would have never been able to pull this off at this level – ever.

Mac knows the business of making things and where to go to get things done right and it shows. And there is no doubt in my mind after talking to him, and seeing where they are already at, as to the level of commitment to see this through. They of course will have to have time to sort through any new weapon stuff – they may already have. And these guys don’t give off any small outfit vib – this is no small time thing – looks like their intent is to build a bunch of these! Did I already mention there was more than one receiver in that bag just waiting to quickly be put together?

In closing I will say I have no other reason to post this than to share after my fortunate chance to do a hands on of their upcoming rifle. No I do not have all the info you will want – they will – we here at SMG don’t know STG’s. But once I decide on caliber I intend to own one woohoo! 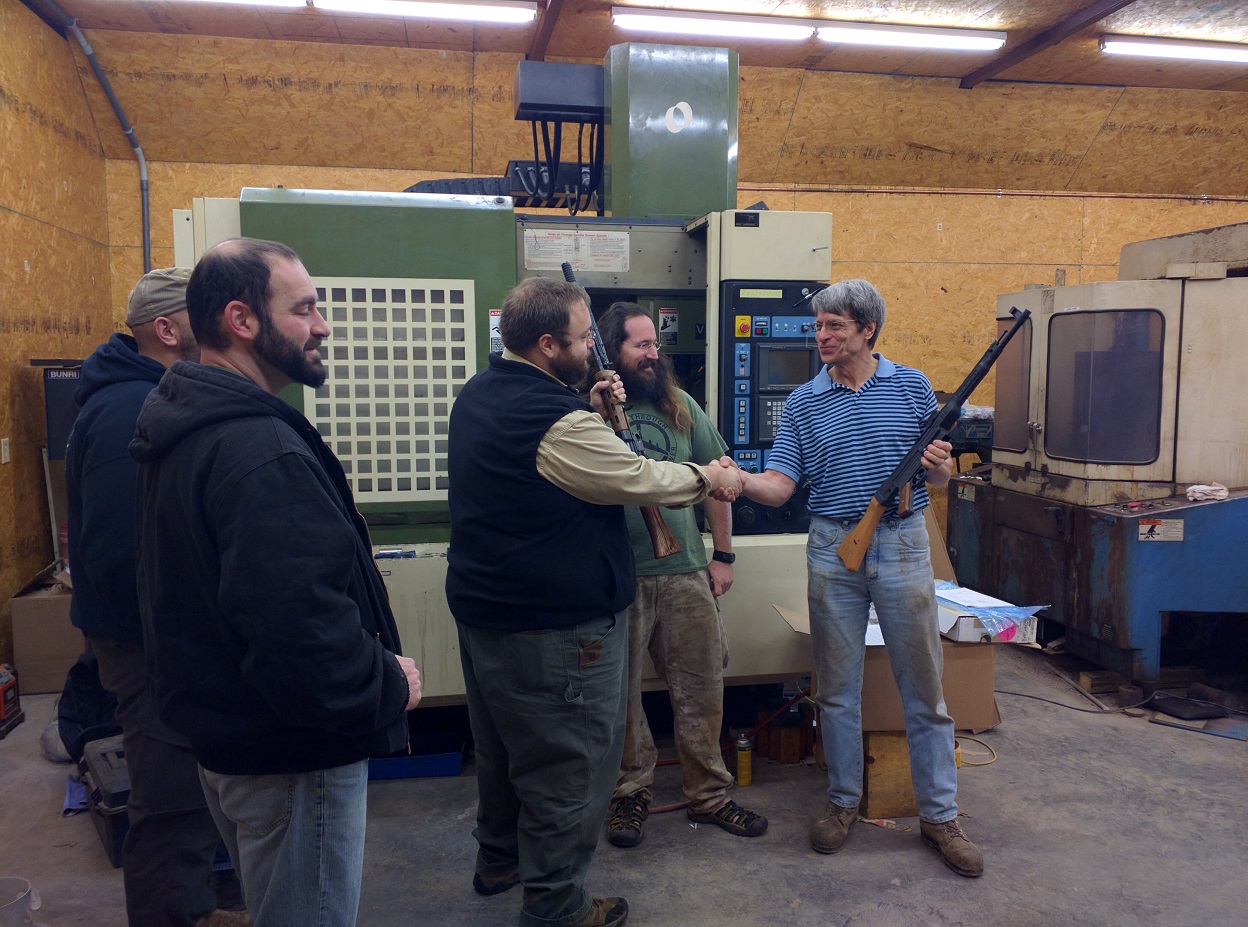 France was in an interesting position during World War One of being a primary supplier of rifles and machine guns to its allies, but a major importer of handguns. In addition to a great many […]

German ordnance began looking for a military selfloading rifle to augment the K98k as early as the 1930s, although the pressures of war initially made that development a second priority. By 1941, though, two competing […]

Tom Whiteman (of Legacy Collectibles) has just recently published “Third Reich Lugers: An Illustrated Collector’s Guide to German Military Lugers from World War II”. The full title pretty much says it all here; this is […]