The Welrod pistol was a creation of the British special operations community during the middle of WWII. A suppressed pistol was needed to shoot sentries on covert missions, and the Welrod was the answer. It was a manually operated magazine fed handgun with a large integral suppressor. The suppressor was made with rubber baffles that worked very well, but only for a handful of rounds before they began to disintegrate. The front half of the body was removable to facilitate changing the baffles,as well as to allow easier concealment of the parts of the gun. 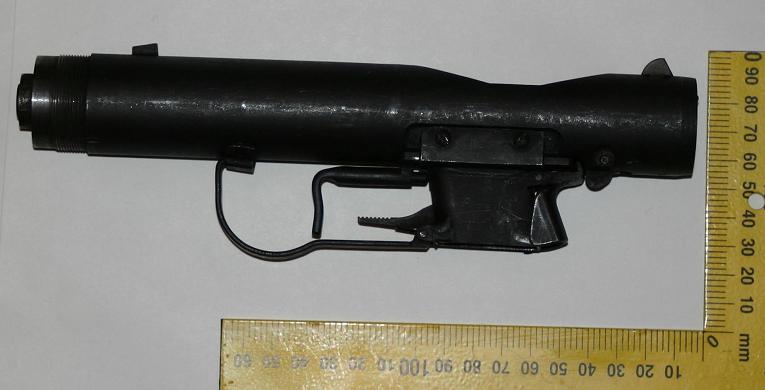 The Welrod is a fairly simple gun mechanically, and would make a good project for an aspiring homebuilder, I think. Easier to get working than a semiauto, but still historically very interesting. For a bit more technical discussion and a bunch of detailed photos of the internal parts, please continue on the the Welrod pistol page in the Vault.