I almost feel bad posting these photos without a bit more information to go along with them, but they’re just too cool not to. So before I say more, take a look at this: 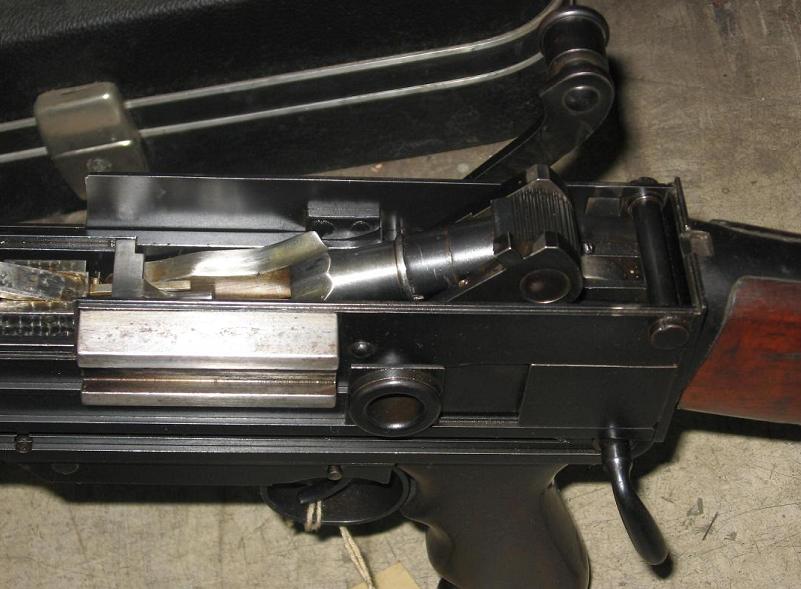 Do you see that? Yes, that Vickers lock. By Jove, it’s a Vickers light machine gun! Fed from a top mounted box magazine and ejecting out the bottom of the receiver. Isn’t that just the neatest thing? 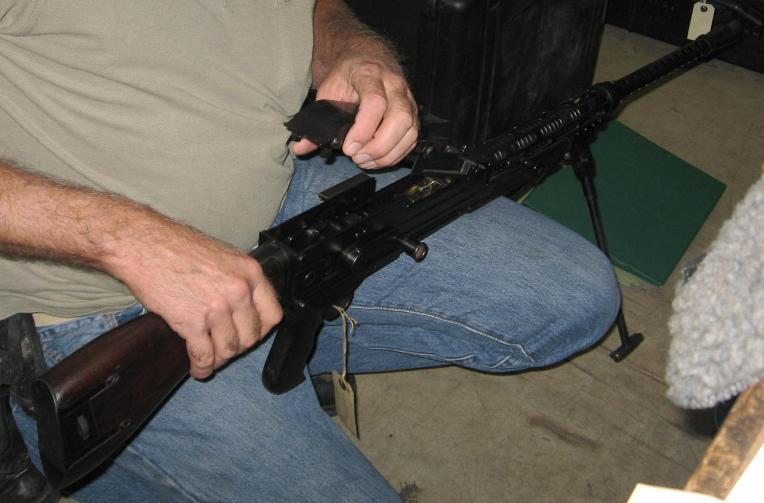 So while this piece clearly uses a Vickers lock, it is definitely a distinct weapons, not a modification of the Vickers HMG. The lockface/bolt if totally different from the machine gun version, and the barrel has been designed to maximize air cooling ability. And, of course, the trigger mechanism is totally different.

Unfortunately, certain parties here at Forgotten Weapons neglected to take any photos during the ritualistic disassembly that always follows the discovery of a neat new gun. So I have a few more shots to share of the action (which you can see at the Vickers LMG page in the Vault), but nothing really juicy. For now, anyway. There will be Grave Consequences if certain parties don’t bring back better pictures next time they are in the same room as this piece.

I have tried looking up more information on this weapons, and drawn a near total blank. I can’t find and search terms on the ‘net that don’t just bring up the Vickers-Berthier, and there isn’t even a mention of the gun in Dolf Goldsmith’s excellent book The Grand Old Lady of No Man’s Land. If any of you folks know more about its development, I would love to hear it.