The owner of this interesting firearm (who is a regular reader of the site) sent me this information about it:

Here are the things I do know about this weapon, which is one if six in my collection. I am satisfied that it is was; a Springfield Model 1873 45-70, and I know it is not and never was a 1881 Forager. However, I am delighted to own such a fine specimen of the 45-70. I have no factual documented information on it. I recently saw a similar trapdoor for sale which was chambered in 28 ga, but was a parts gun, having ejection stud hole still visible, receiver machined, chamber and barrel reamed. I have had several people say “lots of these were done just by reaming out the old barrel, really nothing worth much, rather common”. To me that’s just so much hooey. I have only seen two in 40 years of collecting, (both 20ga). I have found no official write ups or gun magazines articles on 45-70 caliber chambered and barreled as shotgun weapons, though I am sure there must be some. This is what makes collecting worth while, the search.

I certainly would appreciate answers to any of these six basic interrogatives:

Who, What, When, Where, Why and How

For me the most important thing about it is; it is in my gun safe no matter what it is. 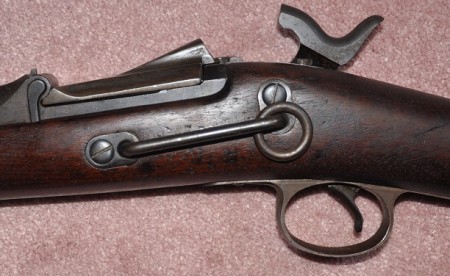 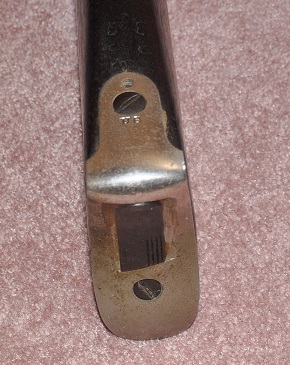 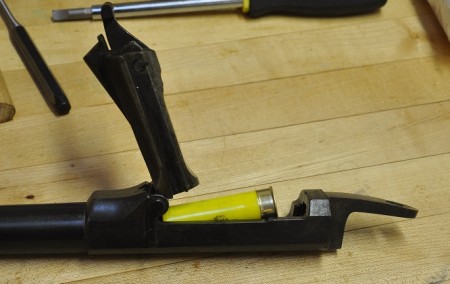 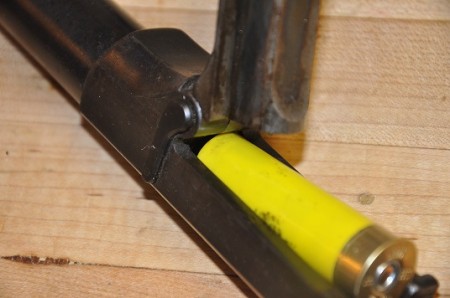 Danish Gevaer m/50 – An American Gun Made in Italy

Dozens of countries around the world received M1 Garand rifles from the United States in the decades after World War Two, and Denmark was one of those that not only got some rifle but went […]

Saga of the AR15 Forward Assist: A Solution Searching for a Problem

In 1963, the US Army set out to purchase 85,000 AR-15 rifles as a one-time procurement to hold the infantry through until final adoption of the expected Project SPIW rifle. Where the previous Air Force […]

Right at the beginning of the 20th century, there were 3 options on the market for semiauto commercial sporting rifles in the US: the Remington Model 8, the Winchester 1905/1907 Self-Loader, and the Standard Arms […]