Today’s guest post on the Colt 1903 Pocket Hammer was written by reader Kyle Smith, who won a StealthGear 1911 holster in our giveaway a couple months ago. He also took some video of the pistol firing and being field-stripped, which it a great addition. Thanks, Kyle!

Accidently Abidextrous, or Hands on with the Colt 1903 Pocket Hammer

The Colt model 1903 pocket hammer is based of of the 1902 sporting model, which is in turn a civilian market variant of the Colt 1900. Like it’s immediate forerunners it is a .38acp chambering, of course not to be confused with the later .38 Super, more on that later. It’s a locked breech design featuring a swinging link much like the 1911. However unlike its progeny this pistol is blessed with dual swinging links; one at the rear of the barrel and the other at the front. Another noticeable difference of this earlier design family is the lack of a barrel bushing, rather the front of the barrel is flared in such a way that as the slide returns to battery it forces the barrel forward and back up into it’s locking notches; not unlike certain sub-compact models of the 1911 today. This brings us at last to one of the biggest features of the arm which is, in my opinion, greatly improved upon in the 1911; the slide of the 1903 is disassembled to the rear of the pistol. This means that with every shot the only real material thing keeping the steel slide and the shooters face from become fast and nigh inseparable friends is a relatively small rectangular pin. This pin is in turn retained by the recoil spring guide and force from the spring itself. 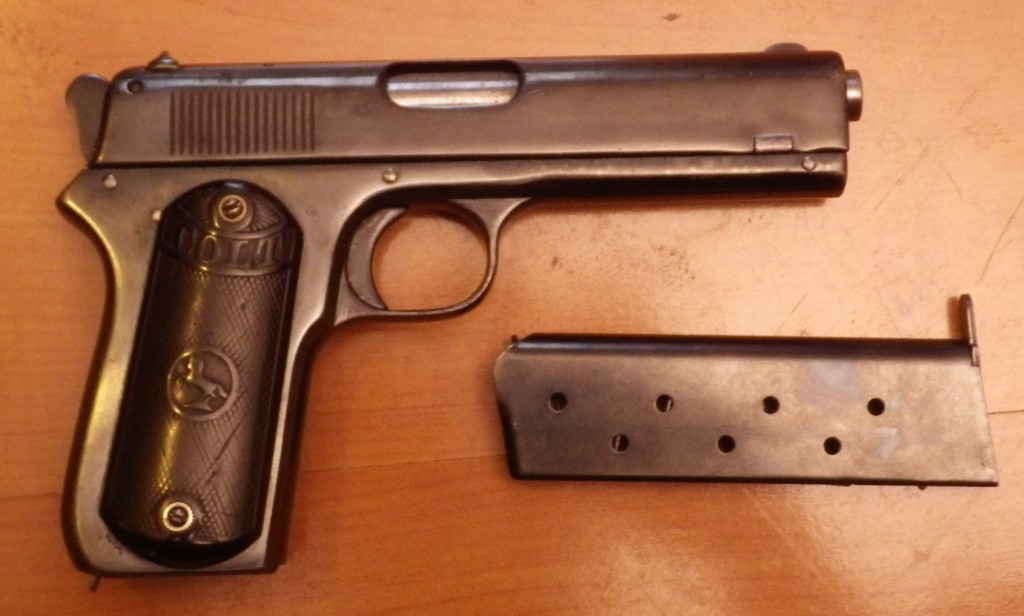 Field stripping the 1903 is quiet simple, but does not allow you to break the gun down as far as you can with the 1911. First, place the gun on safe, whoops! There’s no safety catch, however the hammer has a very nice half-cock notch and after all half-cock notches have been keeping people safe for centuries now. Second remove the magazine, it’s kept in place by a very effective heel type catch. Next pull back the slide to unsure an empty chamber. No, there’s no way to lock the slide to the rear. Now much like on the later 1911 you must depress the plunger at the muzzle end of the pistol to force back the recoil spring. As this is done the slide retaining pin can be pushed out from either side. Do not drop the pin in the dirt. Do not drop the pin on the hard shop floor, it will bounce away. Place the pin in a place worthy of it’s importance, think of all it does for you. Moving on, the recoil spring is captive and does not come out at this time. Your final operation will be to pull the slide to the rear and off the gun. Re-assembly is conducted in the reverse order. Remember that in order to replace the the slide pin you must depress the recoil spring plunger. Also note that the slide pin as a semi-circular cut on it; this matches the face of the recoil spring guide and helps to hold in in place as the gun is fired. Ensure that it faces to the rear and downward. 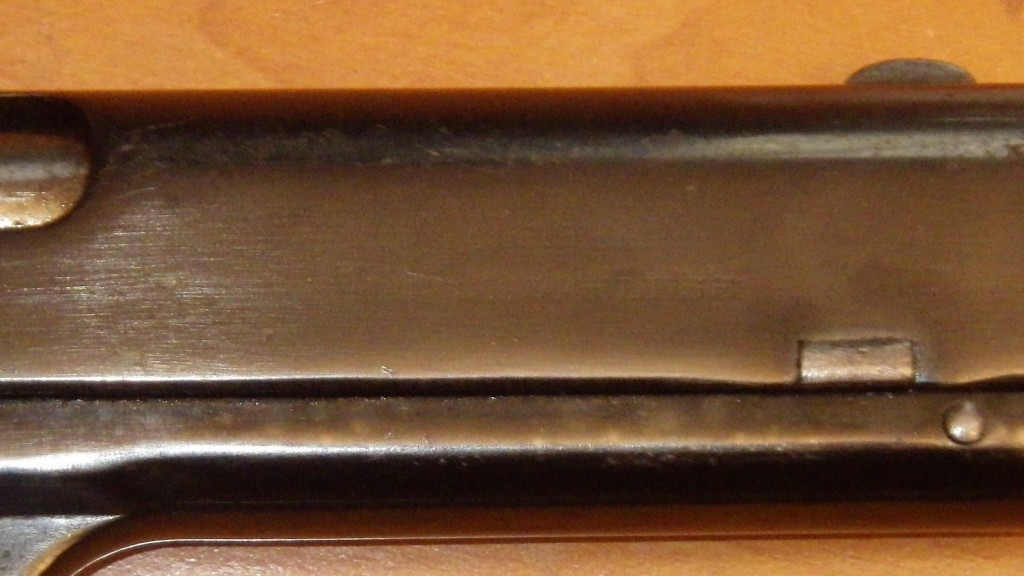 If you need to remove the recoil spring, you most once again depress the plunger. As this is done a pin-punch must be used to remove the forward link pin. While still depressing the plunger, pull the forward end of the barrel up and free of the frame. Now, slowly release pressure on the recoil spring. The plunger, spring guide, and spring will come out with some energy; exercise caution. Reassembly of this portion can be difficult and requires a clean, well lit work area. In short; recoil spring removal should not to be undertaken while afield. 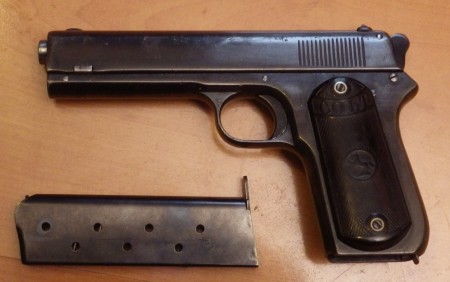 The particular model we had a chance to examine, was found to have some reliability issues. The greatest of which being a failure to ignite the primer. Upon disassembling the pistol we found that the tip of the firing pin was broken and that the firing pin was in fact bronze. An original, replacement, firing pin was sourced and that greatly improved things. The only remaining issue is the occasional stove pipe which given the gun’s age and lack of replacement parts isn’t a huge issue. The bore on this poor old pistol was quite worn so unfortunately grouping was poor. I feel that with some oversized cast bullets a tighter group could be achieved. 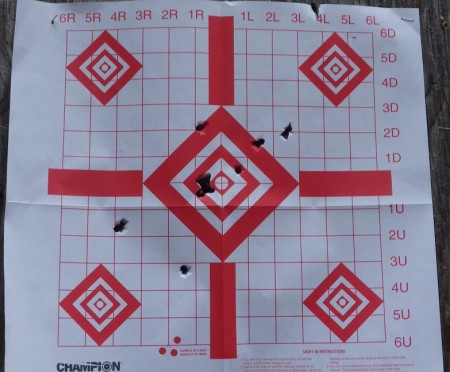 Finally we took the gun into the field on a number of occasions and have come to the opinion that despite it’s name, it’s a bit big and heavy for pocket carry. That said, for its era this would really be an excellent arm. While not a pocket arm its size is not prohibitive to carry concealed, and I would have a lot more faith in the .38 ACP cartridge then some of the many much smaller auto pistol rounds then available. We found that the .38 ACP would penetrate between 2.5 to 3 inches in a 6×6 cedar block. The old .32 ACP (fired from a Savage 1907) managed 2 inches at the most. Even after the introduction of the .45ACP 1911, it’s my opinion that the 1903 pocket hammer would have been a valid option. It definitely seems to fill the gap between pretty anemic pocket autos and the big 1911.

Designed by one Frank Thomas Jr. in the 1970s, this pistol was produced by the AJ Ordnance company of Covina California, and named after its creator. It was designed to be a concealed carry pistol […]