Thanks to reader Erik, we have a little more information on Fridtjof Brondby, which we’ve added to the Brondby page in the Vault. Apparently Brondby also designed a 20mm antitank rifle, although we do not have any photographs of it. We have also added two more of Brondby’s patents to the Vault page.

We also have a nice set of photos from James of a Hotchkiss Revolving Cannon on display at the Connecticut Capitol building in Hartford. This particular gun was captured from the wreck of the Spanish armored cruiser Vizcaya after the Battle of Santiago Bay in 1898. The gun was sent back to the States by a Connecticut naval captain, and it was mounted on a Gattling mount for display. Is it missing a few pieces, but is in good shape (having been refurbished by the Colt factory in 1898). You can see all of the photos on the Hotchkiss Revolving Cannon page in the Vault. 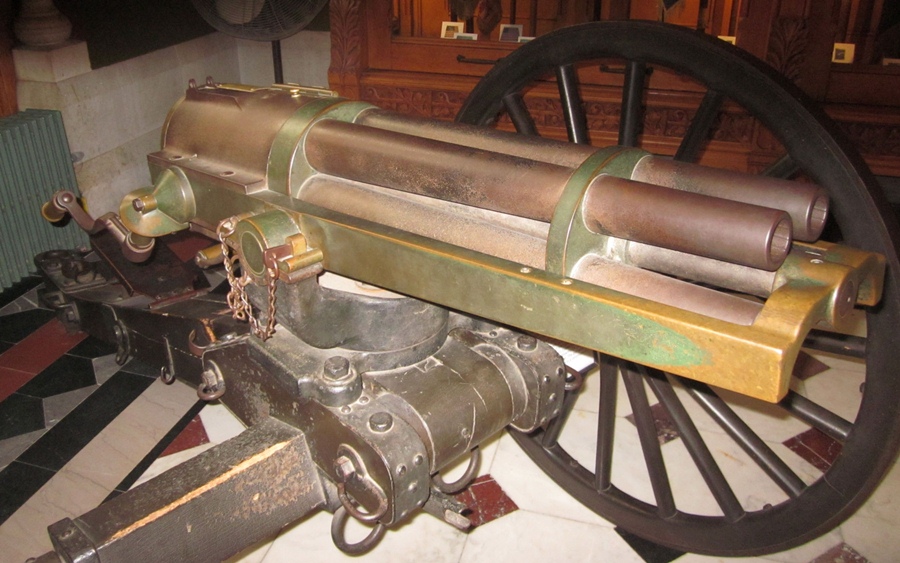 Thanks, guys! We always appreciate photos and information to add to the archives.

In my defense, I want to point out that the only reason I wanted to get one of these pistols was to see how much it actually resembled the Czech vz.61 Skorpion, wich is a […]

Yesterday we took a look at the internals of Ruger’s select-fire AC-556, and today we have it out at the range. The main question for me was, how does it compare to the M16/AR-15? And […]

During the 1960s, the Colt company was looking to help market the M-16 rifle to military forces by pairing it with a light machine gun. They were going after the exact same market segment as […]