Col George Vincent Fosbery, V.C., was a definite devotee of small arms design as well as being a bona fide war hero – a combination that isn’t as common as one might expect. He is best known today for his Webley-Fosbery automatic revolver and Paradox double guns, but he also developed a breech loading rifle for military trials in England. When the British military invited inventors to submit breechloading rifles for potential military contracts, they received guns from more than 50 different applicants. The Snider conversion of the 1853 Enfield musket was ultimately selected, but a few examples of the other trials guns still exist, including this Fosbery breechloader.

The design used a vertically pivoting breechblock, similar to the American “trapdoor” Springfield conversions. To open the action, one would first cock the weapon, and then pull rearward on the large round handle on the right-hand side of the lock. This handle would hit the curved plate attached to the breechblock, and force it upwards and open. As the block lifted out of the receiver, the extractor would pull the empty case out of the chamber, allowing the shooter to manually toss it from the gun.

When closed, the breechblock is held in place by a spring-loaded detent at the right rear of the block. This is only to prevent it from opening due to rough handling, though – another mechanism acts to lock the breech closed when firing.

The Fosbery rifle was designed for brass-cased centerfire cartridges, and a firing pin protrudes from the middle of the breechblock. This firing pin is hit be a striker located in the center of the receiver behind the breechblock, which travels directly in line with the bore. The striker is a fairly large diameter piece, and enters about 3/8 of an inch into the breechblock before contacting the firing pin itself – and thus the striker acts as a locking piece preventing the breech from opening until it is manually recocked by the lever on the right side of the gun. 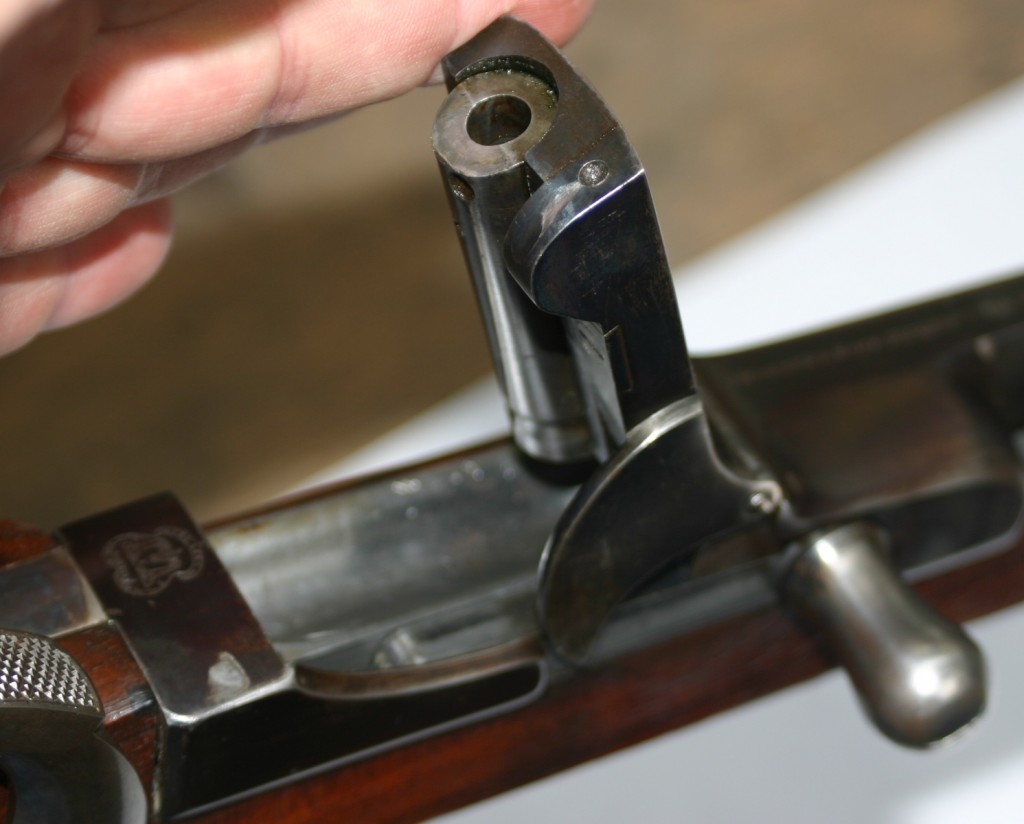