The ZK 420-S was a Czech wartime development very similar to the M1 Garand rifle, produced in 1945.  The primary difference was the use of a rotating bolt very similar to what would be used in the Soviet AK-47 several years later. It likely influenced the development of the M14 rifle, though it failed to gain commercial success. Model were made in many calibers (7.5mm Swiss, 7.65mm Argentine, 7mm Mauser, 8mm Mauser, .30-06, and 6.5mm Swede) for demonstration but none were adopted. 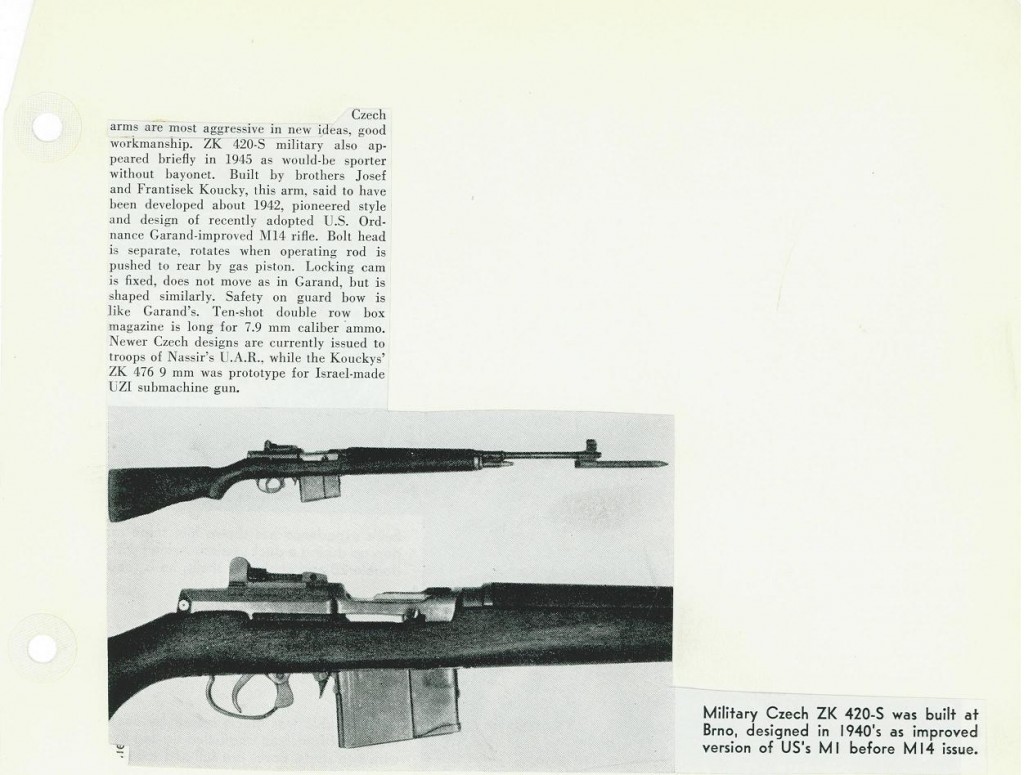 We had the opportunity to take an 8mm ZK-420S to the range, and put together this video of the trip: