I have a couple videos coming up on pistols from the trials that eventually led to the adoption of the 1911, so today is a refresher from a couple years back when I posted a copy of the official trials report from the 1907 testing…

When the US began its engagement in the Philippines at the close of the 19th century, the standard service sidearm was a .38 caliber double-action revolver. This was found to be insufficient for serious combat use, and a program was instituted to find a .45 caliber replacement handgun. 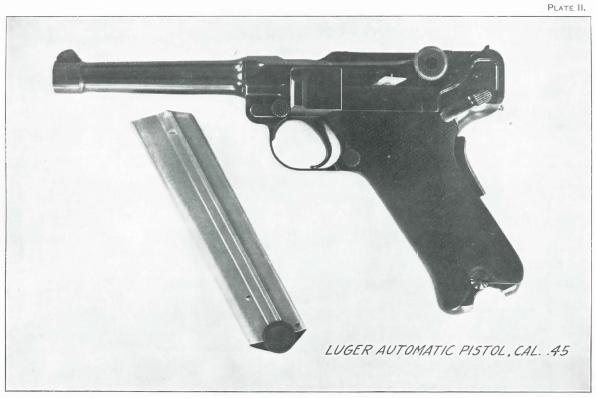 A small group of officers convened in January and March of 1907 to conduct trials on the pistol designs that had been submitted to the Army, including several guns that would become iconic. The automatic pistols tested included the .45-caliber Luger, Colt, Savage, Bergmann, Knoble, and Merill-White. There were also three revolvers present, Colt and Smith & Wesson double actions and a Webley-Fosbery automatic revolver.

The guns were put through firing tests including dust exposure and rusting. And as a side note, I should point out that the took the rust test pretty seriously:

17. Rust. The mechanism will be thoroughly cleansed of grease
by boiling in a solution of soda, the ends of the barrel tightly corked,
and the pistol then placed in a saturated solution of sal-ammoniac
for five minutes.

The Colt and Savage designs performed well, as did both American revolvers. The Luger proved to have reliability issues with commercial ammunition, and the testing commission was concerned that the powder required by Luger was not available in the US. My pet favorite the Bergmann was unfortunately dropped from testing when its hammer mechanism produced consistent light hits and failed to fire. The Knoble was deemed a crude piece of junk and not tested, and the Merill-White was too unreliable to warrant further consideration. The Webley-Fosbery was judged to be unnecessarily complicated without any significant advantages.

The outcome of the tests was twofold. The officers understood that the automatic pistol was clearly going to become the standard sidearm in the future, but they also believed that proper development and selection of an automatic would take several more years. So they recommended that the Army purchase enough Savage and Colt automatics to equip several units and continue testing them. In the meantime, they also recommended replacing the current .38 with the Colt .45 revolver as a stopgap if any significant further combat was anticipated in the Philippines (in a show of frugality not seen by recent government agencies, they noted that the $40,000 expense of such a replacement was only worthwhile if significant further conflict was expected in the short term). The ultimate winner, of course, would prove to be the Colt automatic. 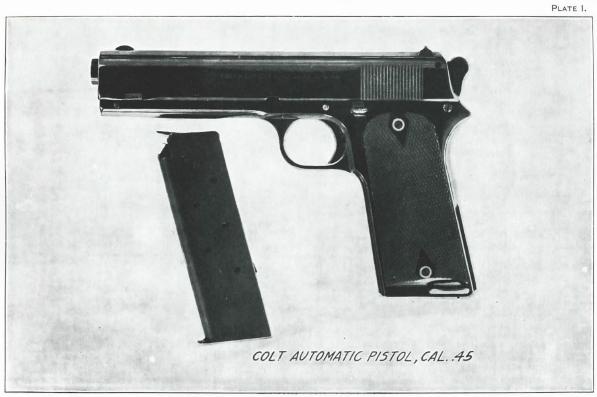 You can download a copy of the trials report (including photos of each gun tested) here:

RIA’s catalog page for this pistol William Walker Marston was born in 1822, and would spend his career as a gunsmith and gunmaker in New York City. He produced a wide variety of firearms, including […]

The pistol in this video is coming up for auction here. The Automag series of pistol introduced by Arcadia Machine & Tool in the late 1980s and early 1990s were produced by the same man […]

The M8C is a .50 caliber self-loading rifle designed to mount on top of the 106mm M40 recoilless rifle. The recoilless rifle creates a massive signature when fired, and so it is imperative that operators […]