The original 1890 Berthier carbine was designed for cavalry, but a slightly modified version was produced (in small numbers) with a bayonet lug, for use by the Gendarmerie. In 1892, the French military would adopt that same carbine for use by an assortment of troops who were better suited with a carbine than a full size Lebel rifle. These included primarily artillery crews, but also engineers, messengers, drivers, and others.

The Modele 1892 Mousqueton d’Artillerie was basically identical to the 1890 cavalry carbine, including the same 3-round Mannlicher type clip. It was put into production at both the St Etienne and Chatellerault factories, and by August of 1914 384,000 were in French inventory. By the time the improved 1916 model was put into production, a total of 675,000 of these carbines would be built. 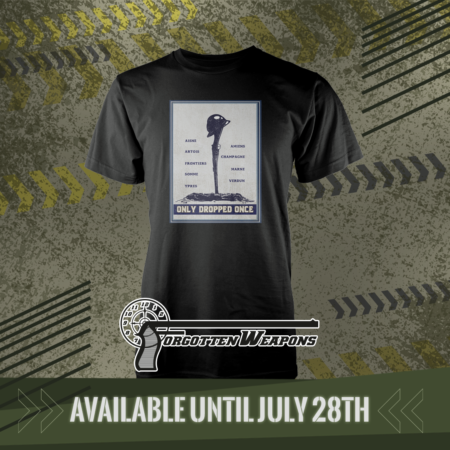 Unlike most countries that adopted bullpup rifles, the French military never had a short-barreled version of their standard FAMAS. However, GIAT created several prototypes as part of their (ultimately unsuccessful) effort to market the FAMAS […]

This rifle design was developed by the Gevelot cartridge company to compete with the Modele 1866 Chassepot for French military use, although it was not successful in that attempt. The weapon has an uncommon […]

A .22LR Berthier for the French National Police (CRS)

In 1954, the Unique company (MAPF) in Hendaye France rebuilt a batch of 800 Berthier carbines into .22LR caliber for use by the Sûreté Nationale (later renamed the Police Nationale). These were to be used […]