Thanks to reader Thibaud, we have a translation of some of the testing results from the French military trial of the FN FAL and MAS Model 62. Thanks, Thibaud! 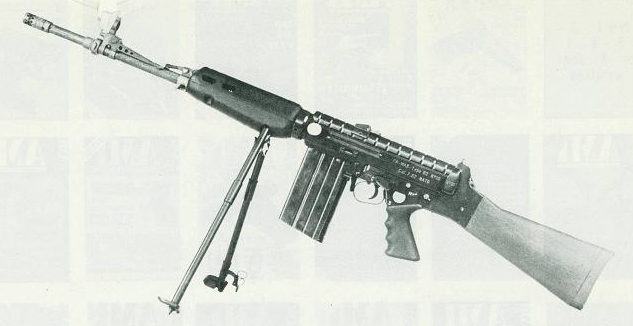 The documents tell us that the FA MAS 62 was tested along with the FN FAL, which was considered a benchmark. Here is the result of the testings :

4 units (of testing soldiers) out of 5 prefered the FAL for its “technical maturity, its practical solutions and its better results during shooting tests”. The FA MAS 62 was nevertheless the better when firing grenades, even if its mechanical construction is less robust.

The test results did not end in adoption of any rifle, the FA MAS 62 returning to the manufacturer and the FAL not adopted either. Some French unit were isued FN FAL in small numbers, as it seems there was a “FAL lobby” in the French army of that time. When the Defense Minister of that time, Michel Debré, was told this, he said in anger that “the weapon of the French soldier will be a French weapon!” (why does that not surprise me?). The FAL rifles in the French army were disposed of and never came back.

The FAMAS rifle was originally adopted for use with 55 grain ammunition, with a 1:12 inch rifling twist rate and, of course, a proprietary 25-round magazine. This was the F1 pattern. Further development of the […]

Out at the range today with the Chauchat, testing accuracy against a simulated MG08/15 nest at 150 yards. I’ll try out semiauto and full auto (in short bursts), and see how they compare. For reference, […]

The Guycot chain pistol was the development of two Frenchmen, Henri Guenot and Paulin Gay in 1879. It is chambered for a unique 6.5mm caseless rocket ball type cartridge in which the base of the […]