The design for the M1 Garand underwent a whole slew of changes large and small before finally reaching the form ultimately adopted by the US military. Well, the clips that it fed from were no different – they also underwent a design evolution. We would expect a need to refine the clip design for good reliable performance, but changes to the rifle required a couple major redesigns of the clips as well. Initially, of course, the Garand rifle was built to hold 10 rounds of .30-06 ammo, which then changed to 10 rounds of .276 Pedersen before the final revision back to 8 rounds of .30-06.

Well, I came across these scans of Ordnance Department photos of the various iterations. I apologize for the somewhat marginal quality of the scans, but they still give a pretty good idea of the changes that were made. As best I can tell, these were taken in 1931, and they do not include the final design (note that the final variant shown still has a corrugated bottom surface, instead of the circle and curved grooves that were ultimately used). 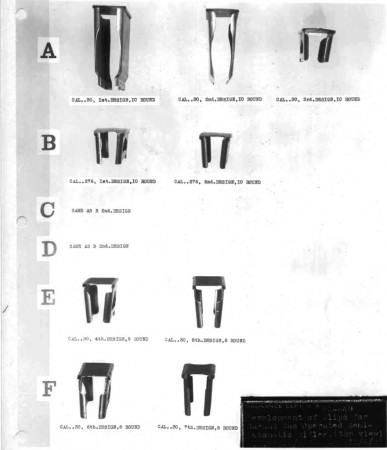 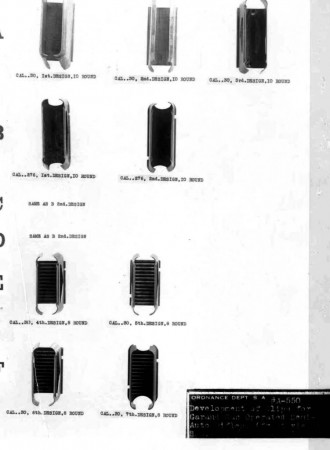 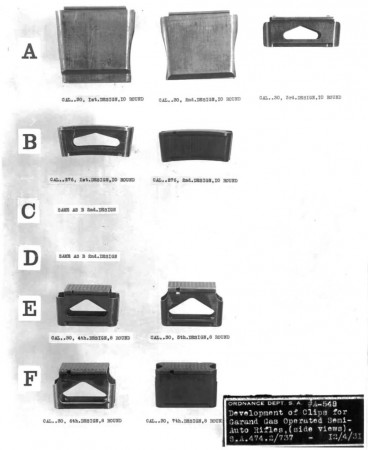 Clearly the first two versions would have put too much pressure on the rounds to allow reliable feeding. The later designs show the pattern of removing material to save weight and strengthening parts of the clip to improve durability. When looking at these, it’s important to remember that John Garand was designing the manufacturing tooling to make his rifle in addition to the rifle itself. I expect he was carefully trying to balance the requirements of durability, weight, cost and reliability in addition to making a clip design as efficient as possible to manufacture, with a minimum number of stamping operations and best repeatability for QC.

James Reid was a New York gunsmith best known for his “My Friend” knuckleduster revolvers, but before he devised the idea for those he was working in New York City making traditional style revolvers. This […]

In may last full-match opportunity to practice for Finnish Brutality, I brought my WWSD Commando (10.5″ barrel) and an Arex Delta out (my guns for Finland are already on their way across the Atlantic). The […]

In the early 1960s, an influential but little-known (today) firearms designer by the name of Robert Hillberg came up with an idea for a cheap-but-effective armament for the masses. With encouragement from DARPA, the Winchester […]