The Fedorov is often claimed to be the first practical assault rifle, predating the German Sturmgewehr by thirty years. It was a select-fire rifle with a 25-round magazine of 6.5x50mm cartridges. The caliber was chosen for its light recoil and easy access to purchase from Britain. It was light enough (less than 10 pounds) for easy use and used a cartridge will light enough recoil to be controllable and effective when fired from the shoulder (unlike contemporaries such as the BAR).

Contrary to common misconception, the Fedorov did not use MG13 mags, nor could either magazine be modified for use in the other weapon. We have several photos in the gallery below showing the details of the Fedorov mag, as well as side-by-side comparisons with an MG13 magazine. 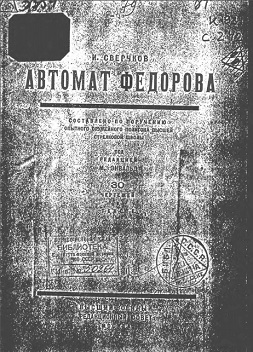