During World War II, the Disney company joined in the Allied war effort by producing animated movie material at cost for the US government (they also created insignia mascots for hundreds of aircraft and warships by request). These films number well over one hundred – although most are only partially created by Disney – and cover topics from antenna tuning to Beechcraft airplane maintenance to anti-German and Japanese propaganda. However, one piece in particular is of interest to us here at Forgotten Weapons: 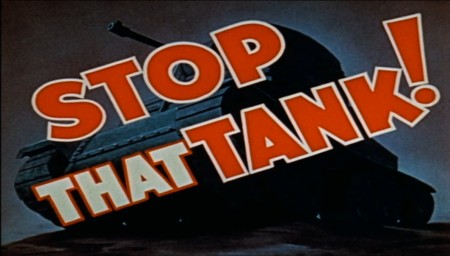 Produced in 1942 for the Canadian military, it is a training film on the operation and maintenance of the Boys anti-tank rifle. The Disney contribution is in animated x-ray views of the various parts of the gun, and about 3 minutes of introduction featuring a section of Nazi tanks (the lead one driven by none other than Adolf Hitler) being surprised and driven back by a bunch of plucky doughboys hiding Boys AT rifles in bushes, outhouses, and horses.

The intro is pretty hilarious, but the meat of the film is actually a very informative piece on how the Boys works and how to use it. There are a couple copies of this already on YouTube, but thanks to reader Frank, we have a nice high-quality version that we have uploaded in its entirety:

Oh – and don’t miss the bit at the end with the doughboy getting a bit too friendly with his rifle!

Thanks to the folks at SMG Guns in Texas, I just got my completed semiauto Bren gun in 7.62x39mm. What the best way to break it in? Take it to a run-n-gun match, of course! […]

Canada was the first country to formally adopt the FN FAL as its standard service rifle, and in 1958 it added the C2 light machine gun version of the FAL to its arsenal. The C2, […]

This rifle came to light prior to the Rock Island Premier Auction in September of 2013, and sparked some interesting discussion amongst Ross collectors… I had the chance to take a look at the gun […]