The Swiss-designed Rychiger was a promising rifle submitted to US Army Ordnance testing. It was a recoil-operated gun based on the straight-pull Schmidt-Rubin, and had a barrel which recoiled backwards unlocking the bolt. The bolt would then continue to travel rearward under its momentum. The rifle was later modified by one Major Elder, a Savage Arms designer commissioned in the Ordnance Department, to use a box magazine as well as being made simpler and stronger.

For more history on the early development of a semiauto military rifle in the US, I recommend Major Julian Hatcher’s excellent work, Hatcher’s Book of the Garand 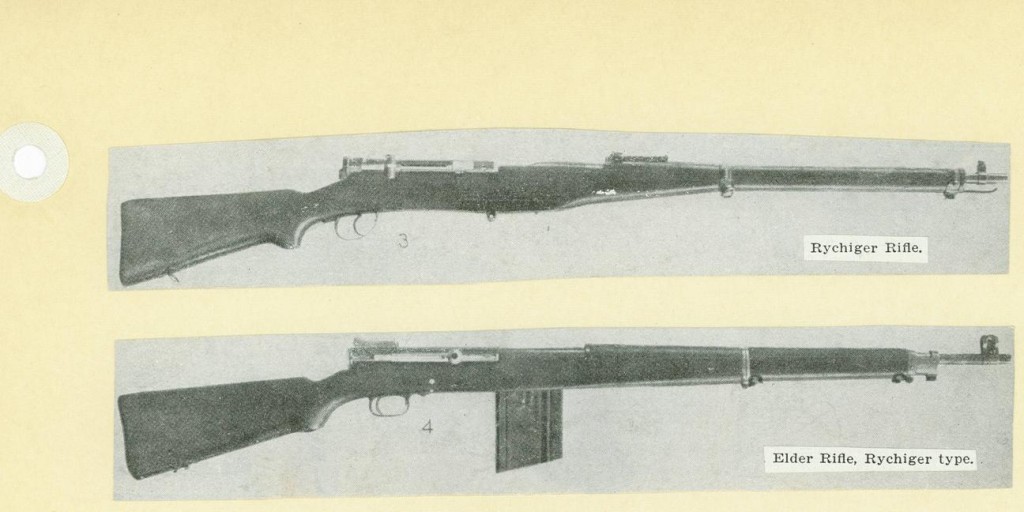